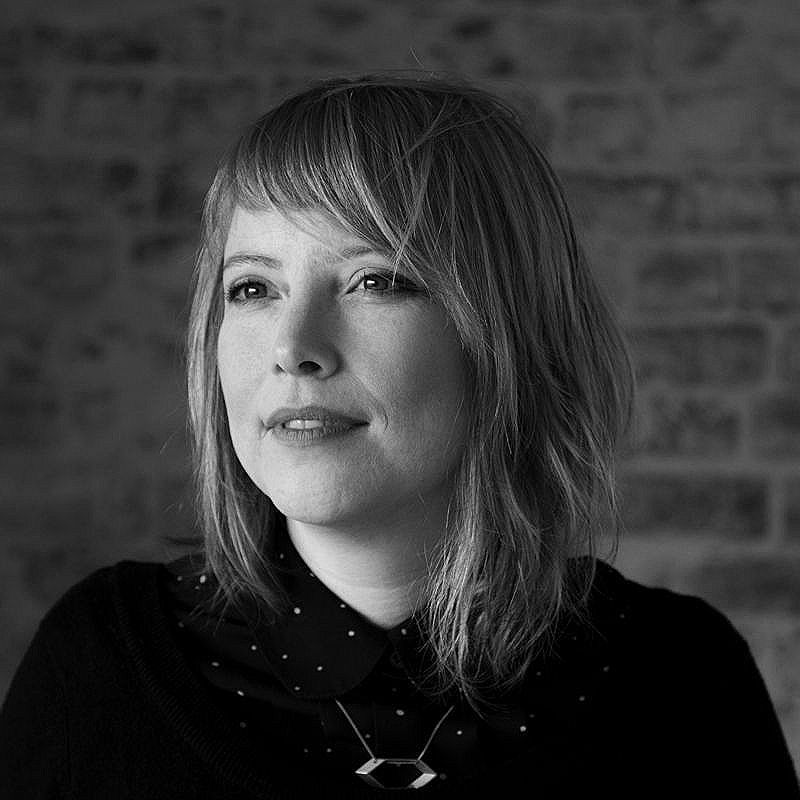 Ilze Hugo is a South African author whose debut novel, The Down Days, is forthcoming from Skybound Books in 2020. Ilze has degrees in fine arts and English studies, along with a Masters in Creative Writing from the University of Cape Town. Her writing has appeared in various magazines, guidebooks and short story anthologies like The Ghost Eater and Other Stories (Umuzi, Randomhouse Struik) and My Holiday Shorts (Black Letter Media).

She lives by the ocean in Kenilworth, Cape Town, with her husband and two children, and is represented by Stacia Decker at Dunow, Carlson & Lerner, New York. 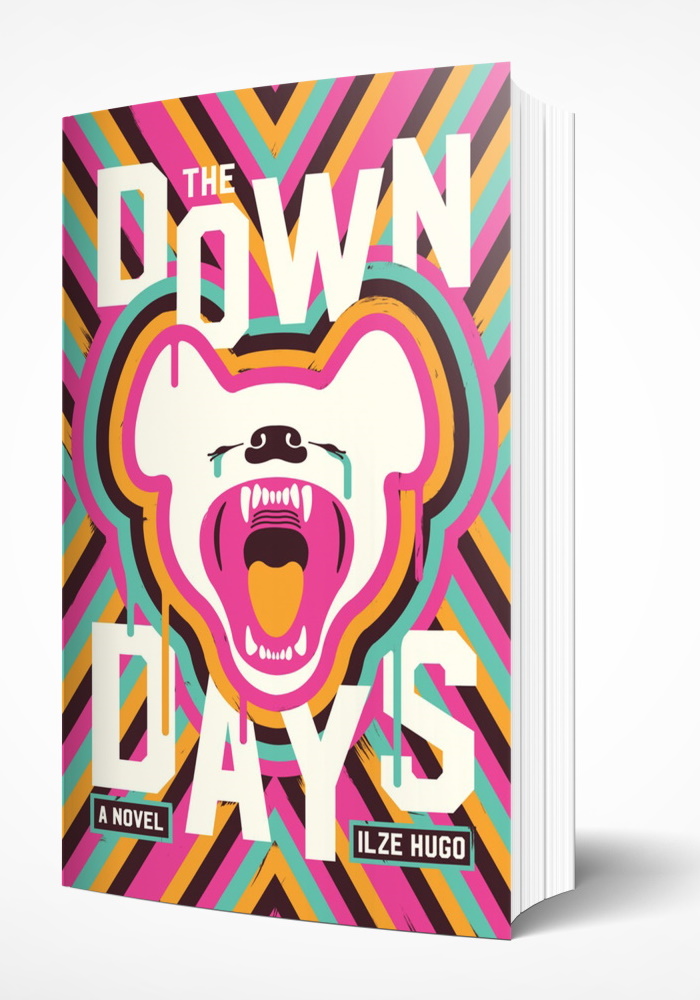 In the vein of The Book of M comes a fast-paced, character-driven literary apocalyptic novel that explores life, love, and loss in a post-truth society.

In the aftermath of a deadly outbreak—reminiscent of the 1962 event of mass hysteria that was the Tanganyika Laughter Epidemic—a city at the tip of Africa is losing its mind, with residents experiencing hallucinations and paranoia. Is it simply another episode of mass hysteria, or something more sinister? In a quarantined city in which the inexplicable has already occurred, rumors, superstitions, and conspiracy theories abound.

During these strange days, Faith works as a fulltime corpse collector and a freelance “truthologist,” putting together disparate pieces of information to solve problems. But after Faith agrees to help an orphaned girl find her abducted baby brother, she begins to wonder whether the boy is even real. Meanwhile, a young man named Sans who trades in illicit goods is so distracted by a glimpse of his dream woman that he lets a bag of money he owes his gang partners go missing-leaving him desperately searching for both and soon questioning his own sanity.

Over the course of a single week, the paths of Faith, Sans, and a cast of other hustlers—including a data dealer, a drug addict, a sin eater, and a hyena man—will cross and intertwine as they move about the city, looking for lost souls, uncertain absolution, and answers that may not exist.

Some praise for The Down Days:

"The book asks questions that we are perhaps scared to ask of ourselves in this moment: What can we hold onto when everything is disappearing? How do we survive when the world we once knew is collapsing around us?" — Tor.com

“The Down Days is one of the most accurate depictions of the strange realities of life during a pandemic… A shaggy dog story and modern noir, The Down Days feels particularly familiar now, due in part to its strange blend of tragedy and absurdity… The result closely resembles Sam J. Miller’s Blackfish City, highly literary speculative fiction that blends elements of sci-fi and mysticism but grounds the high concepts with charming characters and a brilliantly realized setting… A surprisingly comforting work... The world may be dramatically changed, but when people are willing to take risks and work together, we can get through anything.” — The A.V. Club

"Readers who enjoy meaty speculative fiction like The Power by Naomi Alderman will find much to chew on in The Down Days, which poses extremely timely questions about faith, authority, hope and conspiracy theories." — BookPage

"This supernaturally charged dystopian, fueled by noir-like tones and a pulp mystery format, paints a poignant picture of the class division that plagues South Africa, magnifying it through the lens of a pandemic. With sickness and death the new norm, an abstract examination of the tenets of grief becomes one of the novel’s most persuasive themes, laying the groundwork to explore the frightening—and occasionally beautiful—ways that tragedy can transform a city and its people." — Blind Corner Literary Magazine

"Perfect for fans of The Book of M, The Dreamers, Wanderers, and other novels with unusual plagues." — Book Riot

“With a fresh new voice that jumps off the page and an incisive, probing plunge into the double- edged coin of survival and grief, The Down Days brings the tenacious synchronicity of Tom Robbins to science fiction with the pacing and mystery of a thriller.” — Delilah S. Dawson, New York Times Bestselling Author

“The descriptions in Hugo’s expressive debut paint — in this case, spray paint — a highly imaginative picture of a quarantined South African city abandoned by the government…The present-day, alternative-earth setting and prevalent Afrikaans slang combine to make a vivid and timely portrait of desolate lives looking for hope in a town closed off from the outside world.” —Booklist “A community in a city in Africa struggles to deal with circumstances after they are quarantined following an outbreak of a deadly laughing epidemic. Perfect for fans of The Book of M, The Dreamers, Wanderers, and other novels with unusual plagues.” — Booklist

“Set in South Africa, seven years into an epidemic, I was immediately drawn in by Faith, who collects corpses and scraps of information. The novel moves fluidly through a strange and twisted world filled with even stranger inhabitants, where reality becomes elusive. Definitely a writer to watch.” — Powell’s Books

“We’re living in strange times. Why not face it head on and read a novel similar to our current reality? The Down Days is a fascinating story about the residents of an African city quarantined after an outbreak of laughter... The similarities will give you hope and change the way you think about holding onto your old way of life.” — Hello Giggles

May 2020 — The Down Days made several most anticipated lists for 2020, including:
PureWow “44 books we can’t wait to read in 2020”
Paste Magazine “25 most anticipated novels of 2020”
Book Riot “20 Must Read Debut Novels of 2020”
Gizmodo “New Sci-Fi and Fantasy Books for May 2020”
Get Literary “Our Most Anticipated New Reads of May 2020”
Pop Sugar “Thank Goodness for These 25 Exciting New Books Coming Out in May”
Hello Giggles “The 10 best new books to read in May that your virtual book club will love”
Powell’s Books “Meet the books our buyers can’t wait to read this year”
Amazon “Best Books of the Month: Science Fiction & Fantasy” for May 2020

Ilze Hugo's 'The Down Days
The arresting prose, an effortless blend of Afrikaans slang and invented jargon, peppered with evocative turns of phrase (“the mountain was undercover, going full vigilante in a smoking gray cape”), elevates this from run-of-the-mill science fiction thriller. Fans of gritty environmental sci-fi will enjoy this dynamic, fast-paced debut.

COVER AND EXCERPT FOR THE DOWN DAYS BY ILZE HUGO, COMING IN 2020
I think it was a year ago when we first let leak a tiny nugget about THE DOWN DAYS, the new novel by Ilze Hugo from Skybound Books. We’re very excited to release the amazing cover for this title along with an excerpt!

Skybound Goes “Down” for Hugo
Mike Braff at Skybound Books, the imprint S&S launched with Walking Dead creator Robert Kirkman in 2017, took world rights to Ilze Hugo’s debut novel, The Down Days. The South African author was represented by Stacia Decker at Dunow, Carlson & Lerner, who said the magical-realist work “follows a woman who must recover a kidnapped child in a city gripped by a deadly laughter epidemic.”

'The Walking Dead' Heads to China With 'Typhoon' Novel (Exclusive)
The Down Days by Ilze Hugo. The South African author’s magical-realist debut follows a woman who must recover a kidnapped child in a city gripped by a deadly laughter epidemic. 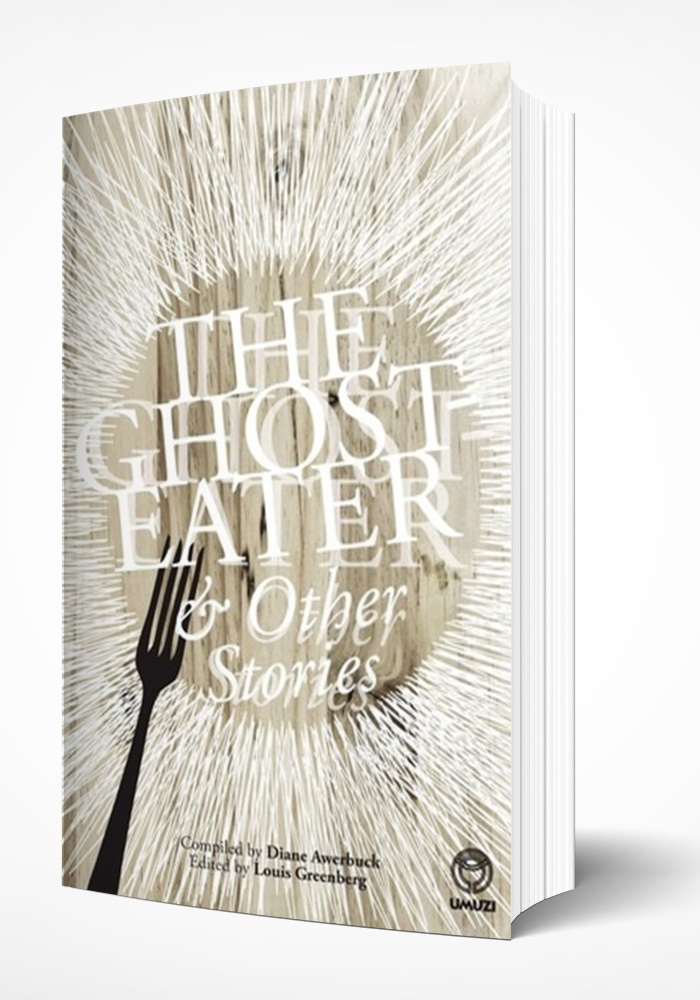 The Ghost-Eater and Other Stories

"An exciting anthology of short stories by a hot mix of young and established writers, compiled by Diane Awerbuck and edited by Louis Greenberg. Funny and sad and highly original, the stories in The Ghost-Eater and Other Stories are invested with the passion, truth and quirkiness of the newest New South Africa." — Goodreads 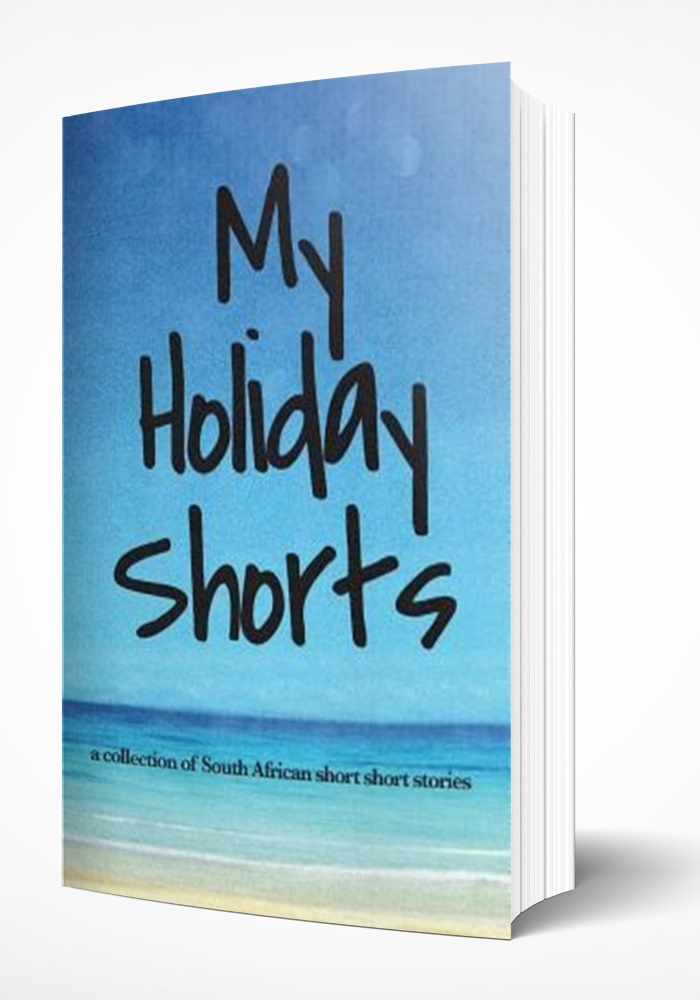 "These are short short stories. Bits of experiences meant to fit into your holidays, your real life adventure. Little love affairs, short intervals that are slightly scary, romantic, full of whimsy. Steamy escapes and sweet acts of love." — Goodreads